Rotational molding, also known as rotomolding, is a plastic product fabrication process by which hollow plastic goods are formed and manufactured. This process relies on a revolving mold and high heat. 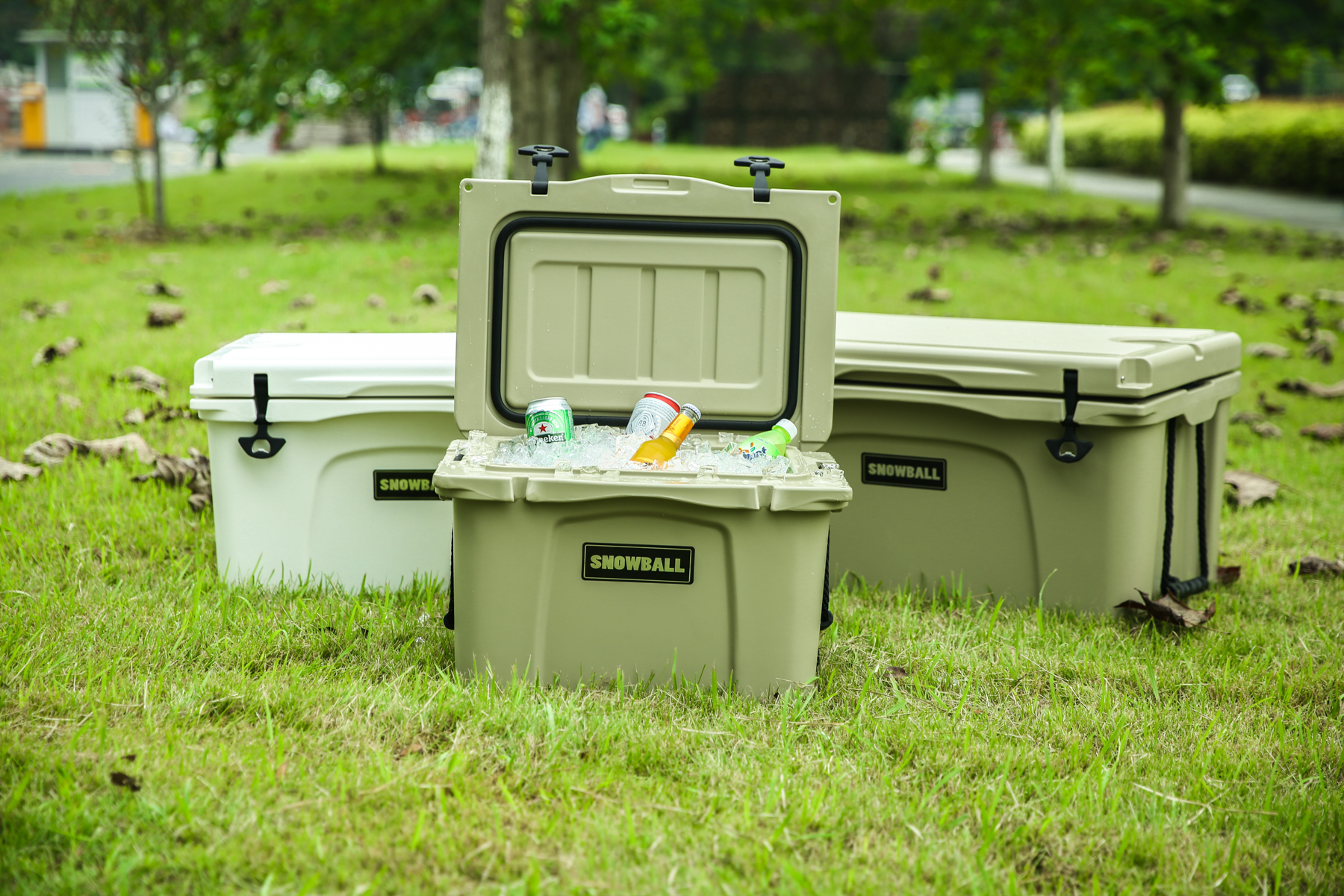 Rotational molding originated with a British man named R. Peters, who in 1855, used biaxial rotation and heat to make metal shells for artillery and other hollow vessels. His main goal was to create consistent wall thickness and density among the vessels. While his discovery was significant, engineers didn’t really put it into use until around 50 years later.

In 1905, an American named Fred A. Voelke made the next big breakthrough in rotational molding when he found you could use the method to manufacture hollow wax objects. Five years later, G.S. Baker and G.W. Perks used this method to make the first hollow chocolate eggs.

The world of rotomolding expanded again in the 1920s, when R.J. Powell used the process to mold plaster of Paris. Gradually, in the 1940s and early 1950s, plastic rotational molding found traction, and toy makers started using it to make hollow toys, particularly doll heads. The molder machines used for manufacturing were quite crude; they featured automobile parts, such as rear axles, and they were driven by electric motors and heated by gas burners. Molds were made from nickel and copper, while PVC was the primary mold material. To cool down the molds, they used cold water baths.

With the success of hollow plastic toy production, industries started adapting rotational molding to their applications, such as the manufacturing of traffic safety equipment, armrests, and buoys. As a number of manufacturers embraced the method, more efficient and bigger designs, featuring indirect heating systems, became available on the market.

The next stimulus to rotomolding occurred in Europe when a new system of heating was created; it took the process from using the original direct gas jets to the current indirect high velocity air system. During the 1960s, engineers developed the Engel process. Using this process, manufacturers were able to use a new raw material, low-density polyethylene, and a new cooling system were used to make large hollow containers. The cooling system required only that you turn off burners, so the hardening process could start while the mold was still in motion.

In 1976, manufacturers banded together to form the international trade group known as the Association of Rotational Moulders (ARM) in Chicago. Shortly thereafter, in the ‘80s, engineers introduced new raw materials, such as nylon and polycarbonate, into the lineup. Using these, they could make plastic fuel tanks, water tanks, and industrial molds. In the late ‘80s, researchers at the Queen’s University Belfast did extensive work that led to the development of more precise monitoring and control systems for cooling processes.

Today, the possibilities continue to expand with rotomolding as engineers and scientists develop new materials and more efficient ways of doing things.